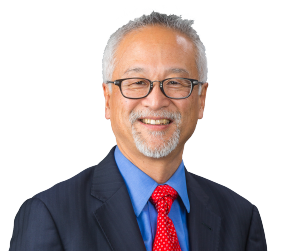 Its been an honour and a privilege to serve as your Registrar for the 2015/2016 fiscal year.

We now have 1256 pharmacies, 5803 pharmacists and 1331 pharmacy technicians serving the public in BC. As a self-governing profession, we bring our unique perspective and expertise to governing the pharmacy profession in the public interest. This is truly a privilege that society has granted us, and we take this responsibility very seriously. Government has given us this right, and the courts have supported this by deferring to us in determining our bylaws. The BC Court of Appeal unanimously supported our appeal of the BC Supreme Court’s decision to quash our bylaws that prohibit pharmacies from providing incentives to patients in return for drugs or pharmacy services. This was a big win for the professions; it said that we are in a better position to determine what bylaws and rules are needed to serve and protect public health, than the courts. Permission to appeal to the Supreme Court of Canada has been requested. We’re waiting to find out if they will hear it.

Methadone pharmacy services have been the focus of some of our investigations, resulting in 2 pharmacy suspensions in 2015. The state of the pharmacy premises and operations were unacceptable and we believed that they represented a risk to the public health, so we suspended them. The Inquiry Committee reviewed these cases, as well as 134 others to determine whether allegations or concerns of inadequate pharmacy care warranted remedial or punitive action. The committee works through panels of pharmacist, pharmacy technician and public representatives. Whenever possible, agreements on penalties are reached between the pharmacy professional and the committee. If this isn’t possible, the case is referred to the Discipline Committee for review and consideration. We only have 1 active case that has been referred to the Discipline Committee.

The legislature has proposed changes to the Pharmacy Operations and Drug Scheduling Act (PODSA) that will allow the College to know who pharmacy owners are, and to not provide pharmacy licences to owners with relevant criminal records. This makes a lot of sense because owners commit and control the resources and policies of their pharmacies. Owners also have access to medication, including narcotics, and confidential patient information. These proposed changes will assist us in better governing pharmacy operations and allow us to identify and take action against negligent owners.

The Practice Review Program continued and work is underway to develop a program for the hospital environment. We have engaged with numerous hospital pharmacists and pharmacy technicians in its development. We’ve also continued to support the profession through the provision of RxFiles, a Canadian-based online reference, as well as clinical skills training programs like ADAPT, the UBC Medication Management Certificate Program, and the Canadian Society for Hospital Pharmacists Physical Assessment Course for Pharmacists.

Overall, it has been a good year for the College. I believe we have served the public well, ensuring the provision of quality pharmacy services in the province.

Read a message from our Board Chair.

Learn more about how the College is governed.